The Municipality of Bra officially conferred honorary citizenship on the 30nd Alpine Regiment on the morning of Tuesday 2017 May XNUMX during a solemn ceremony held in the gardens of Piazza Roma.

To illustrate the reasons for the recognition, in the presence of the local civil and military authorities and representatives of the municipal council, was the deputy mayor of Bra, Massimo Borrelli who said: "Today we are implementing what was established by the municipal council of Bra, on the proposal of the alpini citizen, with a resolution passed unanimously last April. The reasons of gratitude and affection that Bra has towards the Second Alpine Regiment span a long history of our city and from the past they are still alive today ”. The II Alpine Regiment, in fact, was born in Bra in 1882 while the historic barracks of the city, between the 50s and 70s, housed about 100 black feathers employed in the CAR (Recruit Training Center).

Deputy Mayor Borrelli then recalled the interventions of the Second Regiment in territorial control and peacekeeping operations, as well as the tribute paid both during the first and second world wars. “With the conferral of honorary citizenship - he added - Bra wants to express its recognition of the set of civil, moral, solidarity and commitment values ​​that the black feathers have represented and still embody”. To receive the parchment that formalized the honorary citizenship was Lieutenant Colonel Enrico Fontana, current commander of the II Alpini Regiment.

During the ceremony there was also the usual delivery of the tricolor flags to the pupils of the fifth elementary classes of Bra that the Lions Club offers every year on the occasion of June 2, Republic Day. (it's at) 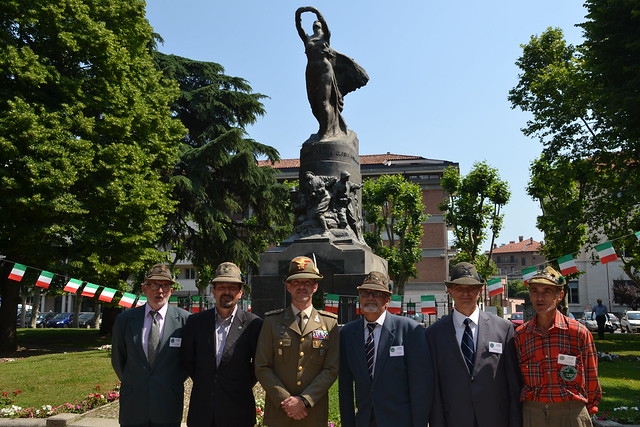